WRITE WHAT YOU KNOW 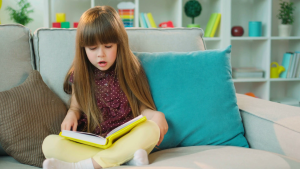 More deep truths are told in fiction than nonfiction. People will say in a story what they wouldn’t dare to their friends, their significant other, or even themselves. Authors “Write What They Know” when they dredge up brutal honesty and assign it to a character, leaving a reader who suffers from a similar pain or yearning to clasp the tale to their chest and whisper a red-faced, “Amen.” In hindsight I realize I’ve written pages and pages of what I know, and have been received well enough to grasp that many of my readers know the very same things…for better or for worse. Therefore, for fun, for honesty, for a moment of self-reflection, let’s look at what I’ve written that we both know and see what there is to learn…or blush at.

“Lane was not your stereotypical male. His affections ran deep, and even though they were violent in fervor, he was as gentle as if he had the hand of God. I’d stood by Lane through many loves in his life…his white cat with the orange head named Candle who thought Lane belonged to him, Mary Ann Sutton who’d told him she liked his music in the fourth grade, his old 1968 Pontiac which was nothing more than a means of driving his beloved sound system around as the monstrosity chugged him breathlessly to and from school, and most recently…Gabriella. This new love he had with her made him an authority on human emotions. He felt qualified to assert, based on his soul mate experience with her, that I had stopped short of discovering my inborn ability to love and was hiding behind a textbook. I couldn’t help it. I was a biology major, and my definition of love was more chemical and less ephemeral than his. I could explain fits of love as mere neural signals shooting from one of the five senses to the brain. Everything could be traced back to a small electrical impulse and an internal chemical wash.”

What has Rachel…I, you, someone else…suffered and learned?

– Love is not academic. You can’t logic your way in or out of a relationship.

– Don’t stand back and be an audience to someone else’s loves, especially if you want to be one of those loves. It will be unrequited until you say something. It may remain unrequited after you do. But you spoke up. You took your affection out from where it was hidden and let it breathe.

– Our opposites are charming, fetching, thrilling! Fun to be with and fun to look forward to seeing again. But living with an opposite is different, it exposes the underside of these peaks of elation. Fetching carefree attitudes translate to messes around the house. The draw of pensive reflections in the deep thinkers can begin to feel sullen and isolated. That person with the welcomed and  unashamed ability to cut to the chase, will cut past you if necessary to accomplish a goal. We need our opposites. They attract because we lack what they have. Be glad. Relish it. Vive la différence! And smile through the chaos.